A Label For The Makers 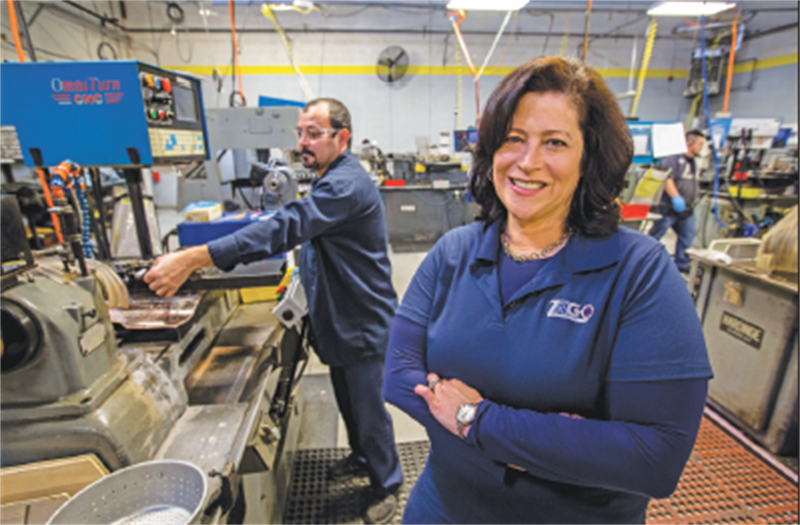 Shoppers in farm markets or grocery stores regularly encounter a little red and green logo on many produce items guaranteeing that they’re Jersey Fresh, or grown in the Garden State. Soon, the same guarantee might be affixed to the state’s manufactured goods. If Senate Bill 2241 is enacted, the Department of State would be required to develop a New Jersey Made designation and logo for manufacturers to use as a marketing tool. State Sen. Vin Gopal, D-District 11, who sponsored the bill, got the idea from attending Monmouth University’s Made in Monmouth event, where Monmouth County makers show their wares each April. “Right now we have about 15,000 manufacturers in the state. In my district we have about 320 manufacturing companies,” Gopal said. “The goal of this is simply to promote all the wonderful things we have made here in New Jersey.” The designation would be available to any product fashioned in New Jersey, he said, as a way to build awareness and recognition. “People have a lot of Jersey pride. We’ve heard in conversation with different folks that when they have the Jersey Fresh label it’s enhanced the marketing of [farm] products,” Gopal said. He’s heard right. In a survey conducted by the New Jersey Department of Agriculture last year, 72 percent of consumers said they were more likely to purchase Jersey Fresh products than products without the label. The new label could extend similar odds to New Jersey companies like ZAGO Manufacturing Co. Inc., which makes self-sealing screws, nuts and bolts in Newark.

ZAGO, which would be eligible for Gopal’s state-funded New Jersey Made designation, also has a Made in New Jersey designation from the New Jersey Manufacturers Extension Program. “It’s a shorthand for saying that our parts are American made, locally sourced, that it’s a short supply chain,” Vice President Gail Friedberg said. “And that we’re a company that’s investing in our state.” The New Jersey Made designation would be another way to build brand identity, she said. “We’ve always been very closely identified not just with New Jersey but with Newark. We’re very proud to be a Newark-based company,” she said. “[Designations like this] differentiate us from other products and companies, and that’s really important in marketing, that you have a point of distinction from other companies.” Paul Miller and Tina Bologna know the attraction of New Jersey made products. That’s all they sell at Just Jersey Goods, their retail store with locations in Morristown and Montclair. Their customers are happy to buy products that not only have Jersey-related slogans and symbols, but that they’re confident are made here as well. “There’s a store near ours that sells little Montclair signs, but you turn it over and it’s made in Massachusetts,” Miller said. “Our commitment is not just to slap ‘New Jersey’ on any old product. It’s to support the local makers and artists, and to support the communities [where] they reside and their local suppliers.” Gopal’s program would add a level of authenticity to businesses like his, Miller said. “They don’t have to just take my word for it. There’d be an assumption that there’s a real integrity behind the label ensuring that consumers are really getting what’s been represented to them,” he said. Like ZAGO, Lakewood-based conveyor maker Unex Manufacturing already bears NJMEP’s Made in New Jersey designation and would also be eligible for a New Jersey Made logo. Since Unex does not sell retail and most of its customers are out-of-state, the primary beneficiaries of the NJMEP designation and, potentially, Gopal’s program, are company employees. “It’s definitely a big morale builder amongst employees. We tout it, we have sweatshirts printed for our people that say ‘UNEX: Made in New Jersey’ on the back,” said Howard McIlvaine, vice president of operations. People who haven’t heard of Unex have heard of the big names using their conveyors, McIlvaine said. UPS uses them to load their brown box trucks across the country, and Amazon uses them in warehouses. “Our employees are proud to wear the sweatshirt and they’re proud to know where our products go,” he said. McIlvaine also said that logos like New Jersey Made and the NJMEP’s Made in New Jersey help demonstrate that manufacturing is still alive and well in the state, and “trying to stay in New Jersey, where people think we already left.” Senate Bill 2241 is currently awaiting a second reading by the Senate Commerce Committee. The bill leaves it up to the Department of State to develop and administer the program, and doesn’t specify whether manufacturers would have to pay for a New Jersey Made label. If it follows the Jersey Fresh model, there may be a small one-time registration fee to cover the program’s administrative costs. The availability of the logo for marketing purposes depends on the Department of State’s timeline for establishing the program. According to Gopal’s office, the NJMEP’s existing program might help expedite the process.